Enter Jimmy, The bully of the hallways Every hero needs a nemesis.

Every victim needs a torturer.

Jimmy is eighteen years old. He is in the last year of highschool. He is a bully, here’s why:

Jimmy is a member of the baseball team. It’s his passion, his only escape from his horrendous life. He always wanted to be the captain of the team, but he could not beat Ben for the position.

So he found another way to get back at Ben. Hurting his best friend, Stiles. He was jealous of Stiles for being in Ben’s good graces, until Stiles was dragged into the darkness. He then became the prime target of his bullying.

Jimmy has a bad family life. He has a drunk father and an addicted mother. He wants to make up for his horrid home by having a good life at highschool. He unleashes his anger unto others by bullying them. He’s good at talking to girls but his psychotic behavior makes them fear him to some extent. Doesn’t stop him from getting laid though.

He is dumb but tries to look smart. He is weak but tries to look strong. He is not legal but he drinks. He is a man of weak moral character. His problem with Stiles also stems from a few years ago, when Stiles was popular and no one saw Jimmy among the crowd.

He hates the fact that Ben and Stiles were friends, because that alliance made them both strong and famous. He is resentful and is always looking for a fight to empty his rage. Thinks the more people hang out with him, the better he looks. He is right, to some extent, he is in the highschool.

In his deceptive nature, puts on a mask of friendliness when he is with Ben, but plots to steal the mantle of captain from him behind his back. Ever since Stiles go sidetracked, he holds most of the cards in the baseball team.

After Stiles’ descendance, Jimmy was poised to make sure that he never returns to a normal life. In his eyes, Stiles was just a rival to be eliminated.

In the end, Jimmy is just a broken kid in a highschool. 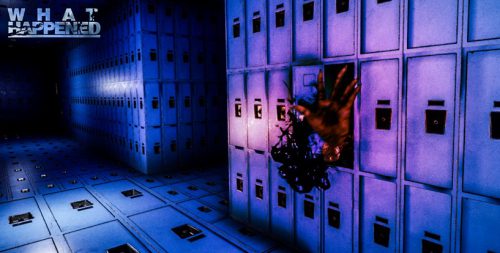